Sun glints often affect Earth observations taken from a wide range of spacecraft, for example from the polar-orbiting Terra and Aqua, the geostationary GOES satellites, or DSCOVR. The glints are caused by the specular reflection of sunlight through single scattering from highly reflective objects. Such objects include the ocean or other water surfaces and cloud ice crystals that float in a horizontal orientation and reflect sunlight as a mirror consisting of a myriad of tiny pieces. In most cases, sun glints prevent accurate retrievals of atmospheric and surface properties using existing algorithms, but the glints can also be used to learn more about the glint-causing objects.

EPIC offers excellent opportunities to learn about ice clouds that cause glints. It is especially well-suited for identifying and analyzing glint signals because, unlike most other satellite instruments, it uses a filter wheel to take images at multiple wavelengths. This helps because using a filter wheel implies that EPIC takes images at different wavelengths at slightly different times. For example, red images are taken about 4 minutes after blue images. During these few minutes, the Earth’s rotation changes the normal direction of the scene by one degree, which can affect whether EPIC observations at a specific wavelength will capture or miss narrowly focused specular reflection from ice clouds or smooth water surfaces. Therefore, sharp brightness differences between EPIC images taken a few minutes apart can identify and estimate glint signals.

The glint product includes three parameters for each point in the part of EPIC images where the alignment of solar and viewing directions is suitable for sun glint observations: (1) The surface type flag shows whether the area of a pixel is covered mainly by water, desert, or non-desert land; (2) The glint angle—the angle between the actual EPIC view direction and the direction of looking straight into the specular reflection from a perfectly horizontal surface—tells how favorable the EPIC view direction is for glint detection and can help in using glints for inferring scene properties; (3) The glint mask indicates whether or not glint has been detected. 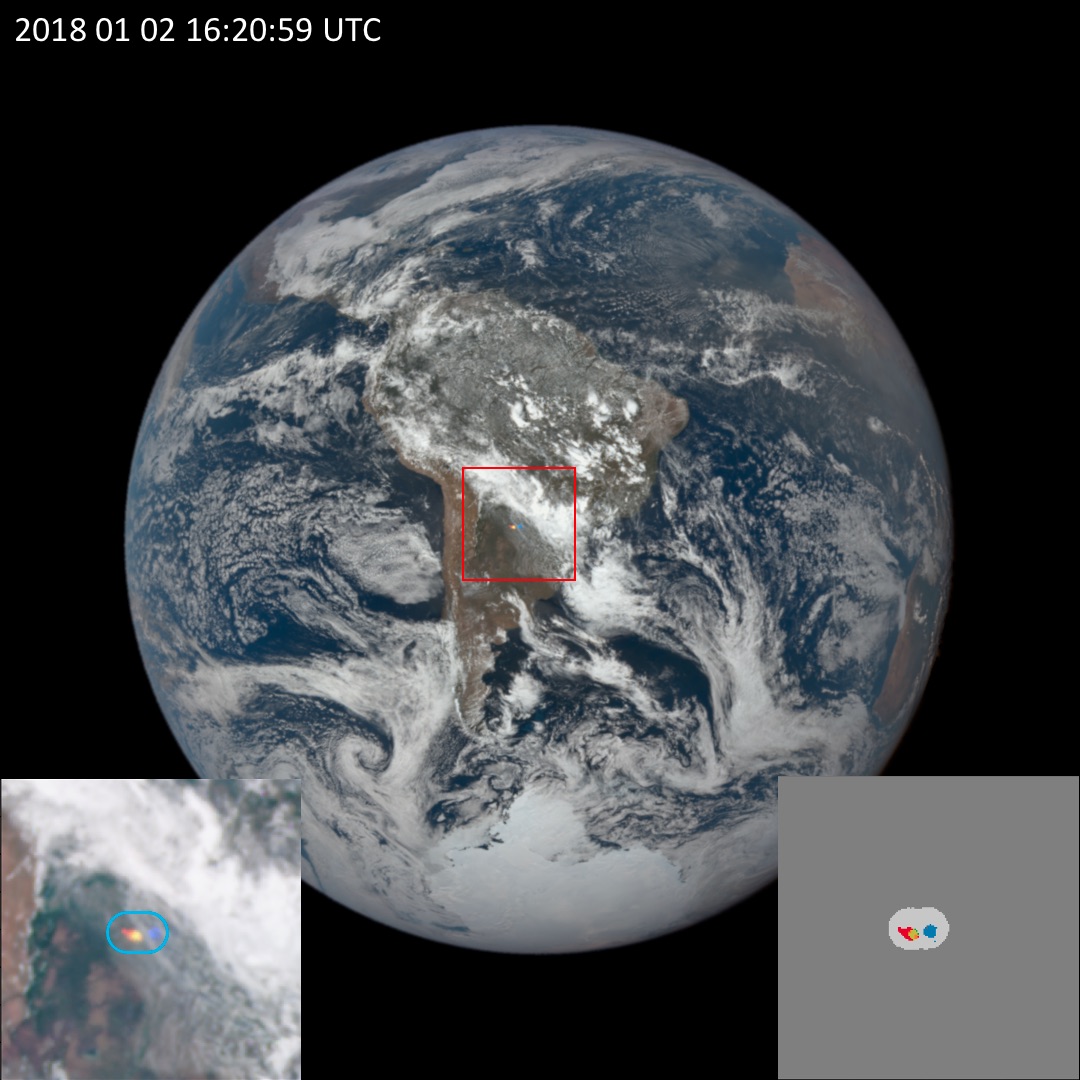 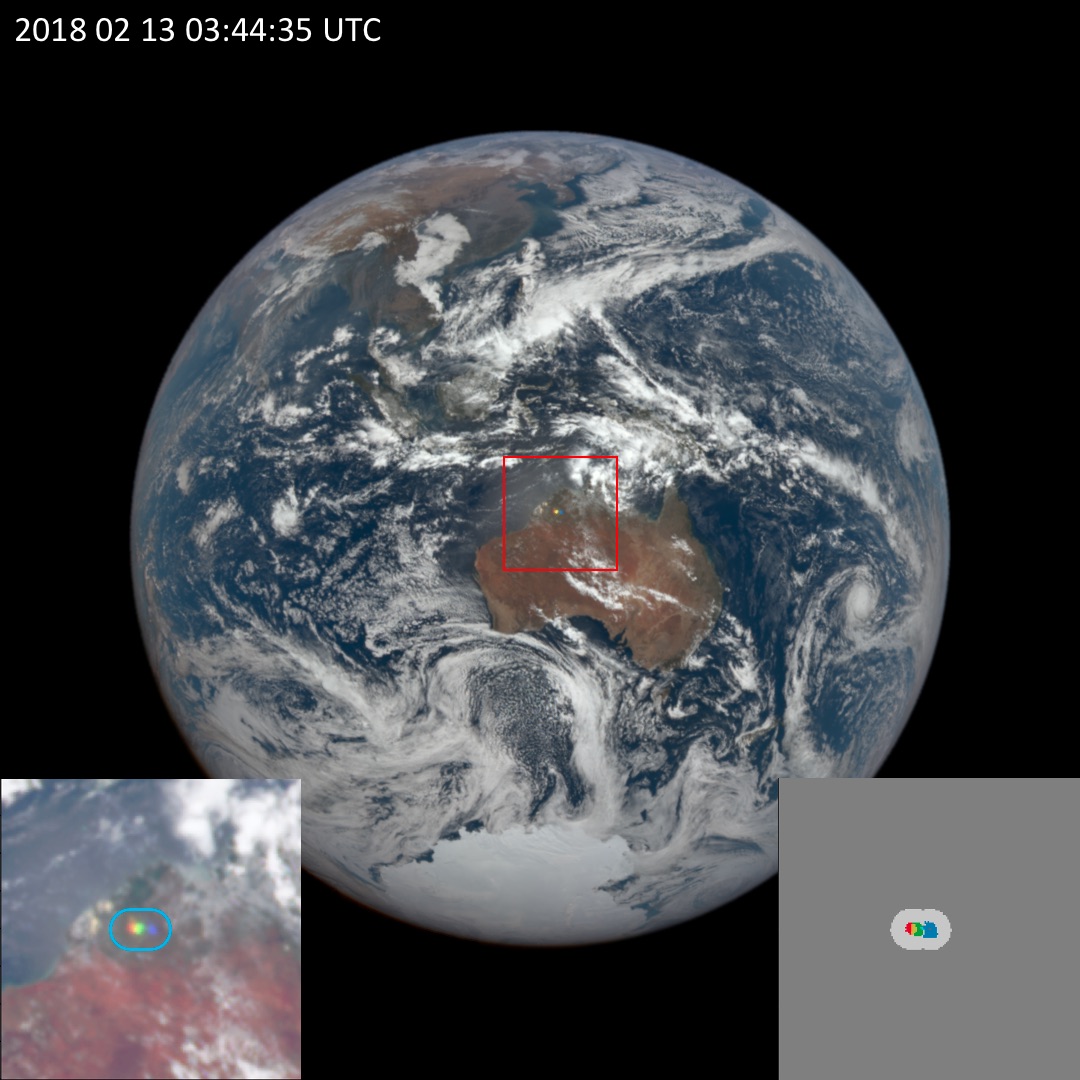 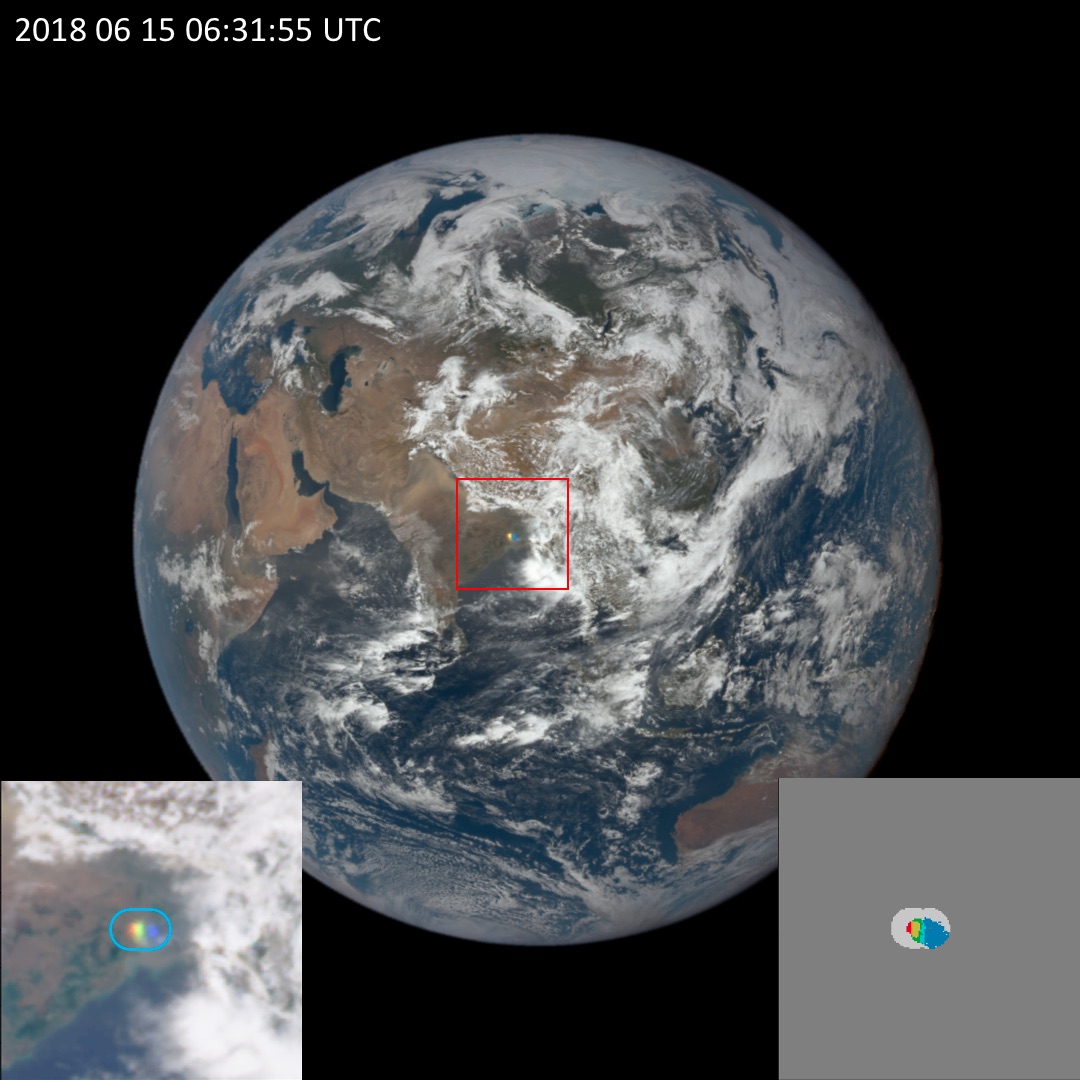 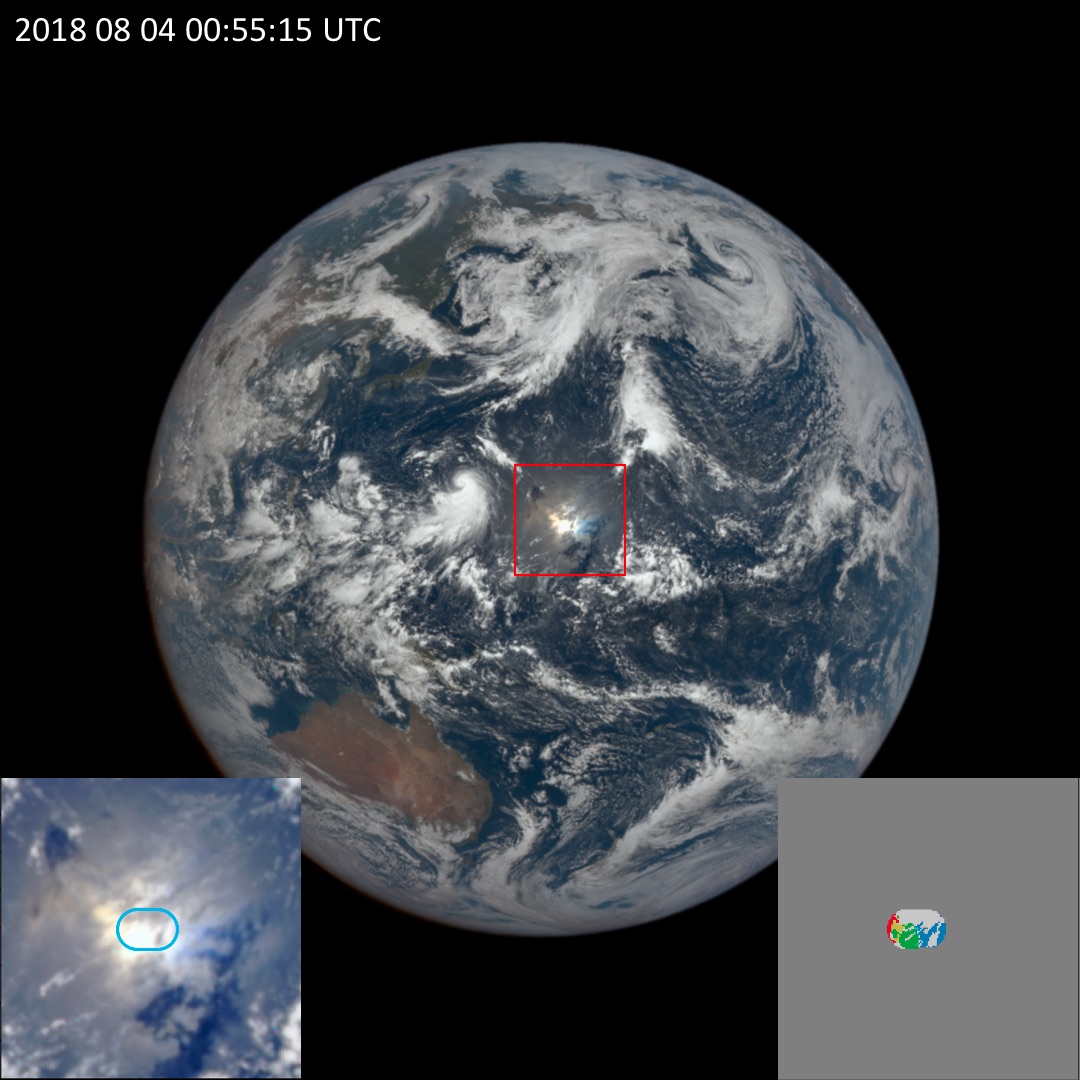 Figure 1. Examples of glints caused by ice clouds (top 3 panels) and the ocean surface (bottom right panel). The insets show the glint-affected area in detail, as well as the EPIC glint mask. Different colors in the glint mask indicate which wavelength(s) in the EPIC observations are affected by glint from ice clouds or smooth water surfaces, with grey areas meaning “no glint”. Diffuse, relatively faint glints from rough ocean surfaces appear dark grey in the bottom panel EPIC image; such glints are not considered in the glint product.